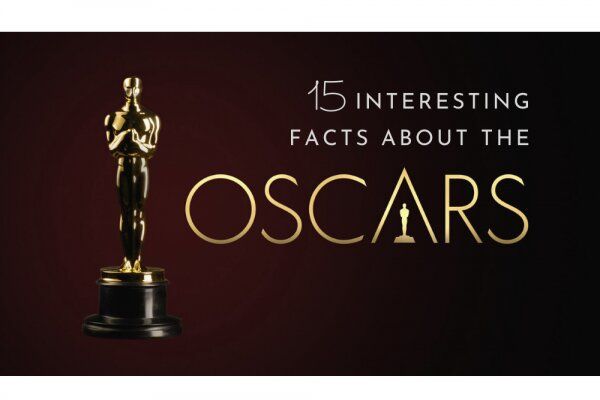 15 Interesting Facts About The Oscars

Since its conception in May 1929, The Oscars has become cinema’s highest regarded awards ceremony. As the excitement builds for the 92nd Academy Awards, we’ve collated some of our favourite facts from its remarkable 91 years of action.

1. And the most Oscars ever won goes to…

With the 92nd Academy Awards hastily approaching, composer John Williams has been in the spotlight for being nominated for his 52nd Oscar, and so far, he has won 5 of them. Unknown to some, there is one figure in history who makes that achievement look easy. Walt Disney was nominated for a total of 59 Oscars, in which he won 26 of them!

2. The YOUNGEST ever Oscar winner

For most of us, the age of 10 is a seemingly impossible age to imagine what careers we want to pursue. However, this is exactly how old Tatum O’Neal was when she won the Oscar for Best Supporting Actress in 1974, for her role in ‘Paper Moon’. She then continued to have a successful acting career, and eventually became a renowned author.

3. The OLDEST ever Oscar winner

On the opposite side of the fence, Jessica Tandy won Best Actress for her role as Daisy in Driving Miss Daisy, at the age of 81! This award in particular, proves that you can never be too old to achieve your dreams and it teaches us the inspiring lesson that we should never give up.

Each award statue costs approximately $500 to produce, manufactured from a Britannia metal plated in copper, nickel, silver, and 24-karat gold. The manufacturing process starts a year in advance as it is essential nothing goes wrong. During World War II, the statues were made out of plaster for three years due to metal shortages. Once awarded, winners sign a contract that states they cannot officially sell their award before first offering it back to the Academy for a single dollar – If they refuse, they are not allowed to keep it. The Oscars also received its now legendary name simply because the statue reminded Academy member Margaret Herrick of her Uncle Oscar.

5. The real stars of the night…

The ceremony is notoriously known for being a lengthy event, with the longest ever awards lasting 4 and a half hours. How do they all sit so still? Well, the simple answer is, they don’t. Unknown to some, a ‘seat-filler’ for every seat is hired for $125 a night. Whenever a celebrity heads to the bar, the seat-fillers jump in to sell the illusion of a busy room. A number of celebrities have explained that the majority of people spend the night in the crowded bar, and hastily run back to their seats once their category is announced.

With the ever-growing industry now known for celebrating a range of voices, it’s hard to believe that the first female director was officially awarded in 2010. Kathryn Bigelow was awarded for Best Director for her ground-breaking war thriller ‘The Hurt Locker’. What makes it even more interesting is that she beat her ex-husband James Cameron, who was nominated in the same category for ‘Avatar’. The first female director to ever be nominated for the award was Lina Wertmüller in 1977 for 'Pasqualino Settebellezze'. Since that first nomination, only two other females (Sofia Coppola and Jane Campion) were even nominated before Bigelow’s win in 2010.

For the vast majority of us, being nominated for an Oscar is beyond our wildest dreams. Can you imagine winning an award but refusing to accept it? That’s exactly what George C. Scott and Marlon Brando did after winning awards for ‘Patton’ and ‘The Godfather’. In Brandon’s case, actress Sacheen Littlefeather bravely took the stage to make a speech on his behalf, politely stating that he wanted to refuse the award due to his beliefs on how the film industry was unfairly treating American Indians.

8. There’s no such thing as a looser

During the ceremony, all nominees are given the now infamous ‘SWAG’ gift bags, of which the contents approximately add up to $100,000. The gift bags include multiple luxury holidays, signature chocolates, a range of beauty products, jewellery, and more. Some years have even gifted the nominee’s therapy sessions, as well as cannabis-infused chocolates and cannabis seed facial moisturiser.

9. There most Oscars won by a single film

The most Oscars won by a single film is eleven, which has actually happened three times in history. Ben-Hur was the first to obtain eleven in 1960, followed by Titanic in 1998, and finally The Lord of the Rings: The Return of the King in 2004. Out of the three, The Lord of the Rings was the only film to win every single Oscar it was nominated for. This year, ‘Joker’ has also been nominated for 11 awards, leading against ‘The Irishman’, ‘Once Upon a Time in Hollywood’, and ‘1917’, which have all been nominated for 10.

In the very early days of the Academy Awards, the results were not as secret or sacred. In fact, the award winners were given to news outlets in advance to ensure they could reveal the results shortly after the ceremony was held. However, when the winners were leaked before the ceremony in 1940, the system was drastically changed and quickly because the military-esque operation it is known to be today. Surprisingly, during its first year in 1929, the winners were publicly announced three months before the ceremony was held.

12. The cost of commercials

In 2018, the average cost for a 30-second commercial during the ceremony’s broadcast was $1.6million each. It then raised to $1.9million in 2017 and it is estimated to surpass $2 million for the 2020 event. With these spots selling out every year, the approximate total amount made from them is upwards of $130million.

It may come as a surprise that Alfred Hitchcock, one of the biggest names in cinema, known by all for his vastly successful career, never won a single Oscar for his directing. Although he was nominated for five, with one of his films winning Best Picture, it goes to show that perhaps the Academy Awards are not what we should measure our success with.

In 1982, despite TRON’s revolutionary visuals, it was disqualified from receiving an Academy Award nomination for Best Visual Effects because the Academy felt that using computer-generated imagery as an entire environment was cheating.

Looking back over the Academy Awards’ significant history paints a clear picture of how drastically cinema has developed since the start of the 20th century, and it’s truly amazing to see how diversity has improved. Which fact were you most surprised by?