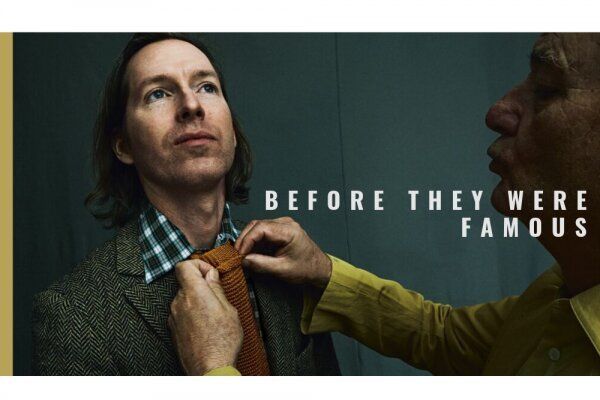 Short Films from The Industry’s Top Directors, Before They Were Famous

It’s inspiring to learn from the masters, but it’s even more inspiring to see their approach to filmmaking when they were just starting out. We’ve selected 8 short films from top directors – before they were famous.

As everyone can imagine, getting your film financed is an incredibly hard thing to do. That’s exactly the reason Damien Chazelle created ‘Whiplash’, a short film intended to showcase his vision as a taster for the feature film. After premiering at Sundance in 2013, Chazelle secured funding for the feature-length version within 4 months!

There’s no doubt that Wes Anderson is widely regarded as one of the most distinctive visual directors today. Even before he had a budget to work with, it’s fascinating to see the early stages of his style seeping into his first short ‘Bottle Rocket’.

Lynne Ramsay gained worldwide success for her film ‘We Need to Talk About Kevin’. Her first short ‘Small Deaths’ was her film school graduation film that shows a great deal of her style, even in the early days of her career – It won the Cannes Prix de Jury award at Cannes 1996.

Now one of the biggest names in the family movie industry, Lasseter has an impressive list of credits and achievements with Disney and Pixar. Lasseter created Luxo Jr. as a short to showcase Pixar’s capabilities. It’s interesting to see how Pixar’s style has always been undoubtedly well-defined and concise.

Perhaps one of the more famous success stories within the genre, but it never fails to inspire. Sandberg was living in Sweden, working a normal job and making no-budget shorts for fun with his wife. With limited resources and pure creativity, Sandberg created one of the scariest short films to date, which soon went viral and propelled him into a career of directing Hollywood films.

Lights Out - Who's There Film Challenge (2013) from David F. Sandberg on Vimeo.

Ari Aster – The Strange Thing About the Johnsons (2011)

Aster rose to fame in 2018 after the release of his critically acclaimed horror Hereditary. However, as an AFI alumni, he had been making shorts for almost a decade before, struggling to find finance for his features. One of his most famous shorts is ‘The Strange Thing About the Johnsons’, which went viral for its ‘taboo’ subject matter of a son sexually abusing his father. This short wonderfully showcases Aster’s distinct style and interest in the darker sides of personal relationships within suburbia.

The Strange Thing About The Johnsons from Normal Content on Vimeo.

With one of the biggest names in Hollywood, it’s hard to imagine what his early films could even look like. Nolan directed ‘Doodlebug’, his third low budget short while struggling to obtain funding, which won awards and lead to bigger things. Not only does it showcase his flair for story structure, but it shows us that even the greatest directors struggle, and that you should never give up.

You may be surprised to hear that The Babadook (2014), one of the biggest independent horror films of the last decade, actually evolved from the Director’s earlier short. When comparing both versions, it’s intriguing to see how strong the themes and atmosphere have developed from a concept to a complete story and world.

We hope you found these inspiring! It’s reassuring to see how even the biggest names have had to battle their way to the top and a reminder that you should never give up. It’s always helpful to look back at how the filmmakers have developed, and who knows, maybe one day you’ll be on a list like this!